DC by Day and by Night with a Time Traveling, Baby Boomer Genealogist Mom (Part 3)

Part 3 of this baby boomer-genealogist’s recent trip to Washington: Back to NARA, a spot of tea, fine dining, and going “clubbing” (Millennial style) in the nation’s capital.

Today’s activities were purposely unscripted which allowed both Meg and I to sleep in, wake up slowly, stop in at a salad place called Chop’t for a light lunch, and eventually head over to the National Archives once again to finish what I hadn’t gotten to on Friday. 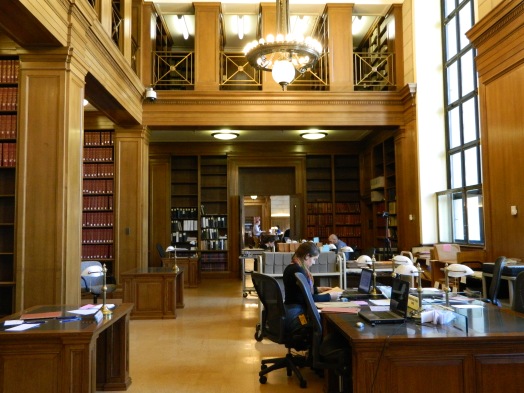 By the time we arrived there, we were the only patrons in the Reading Room sharing that massive space with two research assistants and a guard who checked us in and out. (Attendance was probably light that day because files aren’t pulled on Saturdays due to reduced staff.)

After quickly reviewing a few more files on hold from the day before, I obtained the last two files—one at a time—which I’d saved for the end: the Civil War pension files of my two great-grandfathers: William Donar (1826-1899) and Edward Kennedy (1845-1881).

I’d first discovered those files four years earlier during my initial visit to the National Archives. I’d made photocopies of their contents at the time, but during this visit I wanted to photograph each document so I could capture the original look and feel of those records: their disintegrating edges, discolored pages, and colored notations, which didn’t show up in my black and white photocopies.

Digitized black-and-white photocopies of these treasured records–all that will be available to researchers in the future–can’t begin to compare to color photographs of the real thing.

Good thing I photographed them that day, too.

I learned on this visit that the National Archives is in the process of digitizing all of its  Civil War pension files (a very good thing); but when they’re finished digitizing them, they’ll no longer allow researchers like you and me to ever see or touch them again (a pretty sad thing, in my opinion).

Those original pension files and the unique contents they hold, will  be boxed up for posterity and shipped off to a permanent government storage facility somewhere for “safekeeping.”

Though I was assured by one Archives assistant that “it will be a very long time” before that happens, it’s unclear what that really means. So a tip to my fellow researchers: If you think there’s even a chance that there are original Civil War pension files you’re interested in that are stored at the National Archives in Washington—and you hope to see, touch, scan or photograph them—get there sooner rather than later, as later may indeed be too late.

A letter to the government on behalf of my great-grandmother, Ellen Kennedy (1843-1894), vouching that she was entitled to her husband, Edward’s, Civil War pension. The request was approved. Ellen received $12 per month from that point forward to support herself and her four children.

On with my itinerary:

After photographing each document in my ancestors’ military files, I was officially finished with my visit to America’s National Archives: a bittersweet moment, as I realized I’d probably never again hold in my hands some treasured, but heart-breaking, handwritten letters and affidavits penned by my great-grandmother and others.

They’d been submitted to the government, imploring it to grant her widow’s pension in a timely manner, as that’s all she had to support her four children, ages 2 through 8. The eight year old was my grandmother, Mary Agnes Kennedy (1872-1958).

Time to head back to Meg’s place, get dolled up, and prepare for a night on the town. On the way to our train though, we stopped in at Teaism in Penn Quarter for a cup of lavender mint tea and a salted oatmeal cookie. (“They’re the best, Mom. I’ll treat!”) Unable to turn that offer down, I agreed to do just that. (Penn Quarter is a part of downtown Washington that’s just off Pennsylvania Avenue.)

I filled Meg in on my latest discoveries on Find-a-Grave, which led me to a new email pal in upstate NY, the land of the Desmond immigrants. We chatted about her job, my genealogy research, family news, and our upcoming plans for Christmas this year.  Then we headed out to catch the Metro back to her rowhouse in the Capitol Hill neighborhood.

Time to get gussied up for a night on the town…

Reservations were made earlier that week for a “fine dining experience” at The Hamilton for dinner with Meg and her friend, Samory. And a fine dining experience it was: dark paneling, white tablecloth, low lighting, and just enough attention from the wait staff to meet our needs without becoming disruptive (a little pet peeve of mine.)

On the menu: crab cakes, steak, and some wonderful mixed drinks—an indulgence I rarely pursue (the drinks, not the food!)  Next stop: POV (i.e. “Point of View”), a night club on the top floor of  The W Hotel,  just a few blocks away.

POV: The place to see and be seen for Washington millennials (and occasionally, their baby boomer moms.)

It was a quick stroll on a chilly night that took this sixty-something baby boomer back a few decades to her disco days in the mid-1970s—an era, not so different from today: a time when long lines formed at the latest hot spots and hands were stamped in purple ink to prove–under the fluorescence of blacklight–that you were, indeed, eligible to enter that coliseum of dance.

After a brief wait in line, we were ushered to a hotel elevator, which took us straight to the top. The reward?

Entrance to POV, one of the classier nightspots in the nation’s capital for young, single Washingtonians, where “well dressed” is the order of the day: no T-shirts, tank tops, flip flops, torn jeans, athletic garb, or droopy drawers allowed–ever.

Meg and Samory enjoying the nightlife at POV, a nightclub atop The W Hotel.

This is a place where classic music mixes with classier drinks and just enough reduced lighting to enable it’s patrons to gaze out the west facing glass wall of that venue, to view the  glittering Washington nightscape lit up below: The White House, the Kennedy Center, and all of the other iconic must-see D.C. sites.

(No wonder that nightclub is named “Point of View”. What could be more relatable to those working in a town where everything you say and do is based on your own perspective?)

Samory, Meg’s friend, headed over to the other side of the club to check out the dancing situation but learned that section of the club was closed that evening for a private party. (That also happens a lot in DC: Lots of private parties…)

We stayed a bit longer enjoying the music, the view, and of course, the people watching, before calling it a night, finding an Uber to take us home, and returning to our respective abodes. 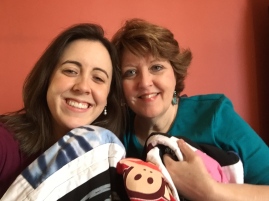